So you think when designing websites we simply take images from Shutterstock? Well, very often we do, but lots of our illustrations have been created from scratch. And so it was with the layout for the business column in the latest issue of the magazine we make for Henkel Life. 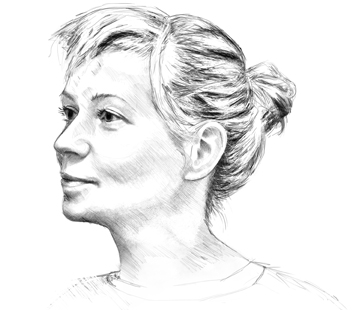 Free spirit with openness to the world and many years of experience in various editorials offices, allowing her to find an idea for attractive view on any corporate subject.

First, we came up with the story – it was our starting point for designing the layout. The article was about the operations of the Customer Service Laundry & Home Care, whose work is mostly associated with invoicing. The ladies working at the department handle thousands of invoices, but their tasks also include contacting several other departments at the company and coordinating cooperation with dozens of external customers.

“It’s like a network that they supervise,” says the managing editor pensively to the graphic designer, who then replies: “As if they were pulling strings…” The editor continues: “And each of them has a different role…”. “So each is pulling a different string!” concludes the graphic designer. It so happens that there is a sewing accessories shop right next to our agency, a true relic of the 1980s. We bought several colorful ribbons, interwove them into a net creating a strong braid symbolizing the efficiency of the entire team. The idea was to show the work performed by these employees requires much precision. As one of the ladies said: “You need to combine various strings carefully in order to reach a satisfying effect.” 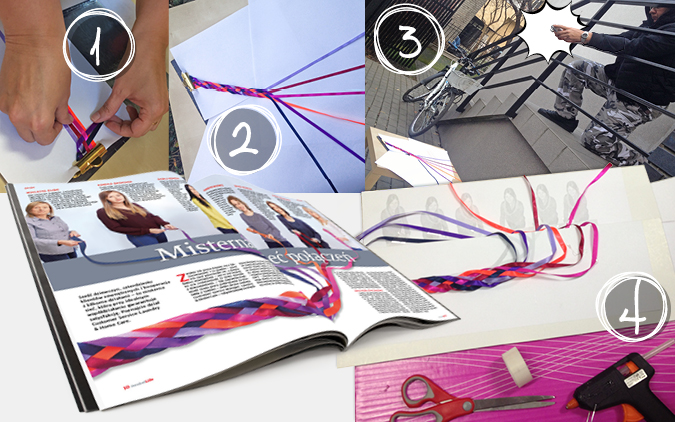 When the ribbons were ready we photographed them and… sent a photographer to Henkel Life headquarters.
The time came for a more difficult part of the task – we needed photos of the whole team, and the ladies had to keep their hands in such a way as if they were holding something. The last step was to combine the photographs with the photos of our bands. And that’s how we created an interesting foldout, with a layout capturing the core of the story.

This wasn’t the first such project for Henkel Life. Once we spilled washing powder and wrote a humorous slogan with a finger in it to later take a photo of it. We also tried to wash tea bags, but this turned out to be not such a good idea after all 🙂 But so what! Without risk there are no new solutions – and just think about the joy of creating something exciting and completely NEW.