Before we get down to making an animation, we need to think about what story we want to tell with it. Then choose the right concept, write a script, choose or create images, animate them, edit them, add sounds and… it’s done! 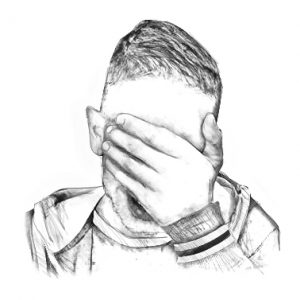 Seasoned graphic voyager with attachment to details, and a zombie fan sensitive to the misery of cats’ life. He will offer a piece of advice or an occasional joke any time of day or night. In between graphic designing and feeding cats he loves to cook and is an avid PlayStation gamer.

The most important element of any animation, whether it’s a commercial, short film or a full-length-film, is the story. You need a script to tell the story. A well told, coherent and colorful story, plus a little bit of technological mastery, great editing, skillful camera movement, splendid shots, wonderful graphics and well chosen music are key to producing a picture that will be well received.

When the idea for your animation is ready, we get down to polishing the general concept, choose the right aesthetic convention and start working on the details. On this basis we create a draft of the script, which after adding necessary changes is used to develop the final version.  Then we draw a storyboard, a script in images, showing all the consecutive scenes, the characters and the chronological changes taking place in the video. A storyboard makes it easier to imagine the story told. At this stage we often introduce changes to the script. In its logical graphic form, the storyboard can emphasize errors such as lack of consistency, which would make the story incoherent.

Before we get down to making an animation, we need to decide on its format. Currently, the most popular format is 16:9 and16:10 (quite often you can also see4:3). Since there are many other formats used for different displays, deciding on the proportions is absolutely essential at this stage. When the animation is ready and we realize the format is wrong, it will take much more time to fix it (read “How long does it take to make an animated video?”). In order to change the format of an existing animation you need to make a compromise: either add a matte (black stripes from top and bottom of the screen) or cut part of the image, adjusting it to the new format. Whenever cutting or adding a matte is impossible, the only solution is to make and edit the video animation anew.

Now the time comes to determine the consecutive production stages. Films and animations can be divided into two types:

–video clip– where music comesfirst, and you illustrate it with images in the next stage;

–animation or film, e.g. our AUDE video – where the picture plays the major role, and the soundtrack (sound effects, music or voiceover) is added when the animation or video is ready.

This is of huge importance, because it sets the logistics for the production, determining the consecutive stages of working on a video or animation.

Sometimes in the case of a video clip the production stages are more complex. For instance, an animated video created for one of our customers (read, how it’s made) required composing and recording music from scratch – including writing the lyrics and recording the singing. The recorded material was then sent to the sound editor to polish and adjust all the elements composing the final piece. In addition, we recorded dialogues to add them before and after the song. When the whole soundtrack was edited, we were able to start editing the animation. Prior to that, the animator could only follow the script in preparing motion sequences for all the characters, but the pace of the movement could only be added after the soundtrack was ready. Illustrating a song determined the way of animating for each sequence, so that every move fits the sounds.

In the case of an animation with dedicated soundtrack, the process goes in reverse order. First, the whole animation is created, to which we choose adequate sounds later on (read “How to make an animated video? Case study – AUDE video”).

Animation and video, due to their specific character, are the most engaging form of conveying a message. This is due to the fact that the human eye automatically follows movement and can easily focus on it. This is very natural and effortless, because everything in the world around us is moving.

When crafting an animation, it’s important to remember that we should use as little text as possible, or to get rid of it altogether.

Using movement, changes of light, diverse scenes and a whole bunch of other tools it is possible to resign from written messages altogether, and simply show what you want to present with images. For example:

– people holding hands or hugging – immediately evoke specific emotions, which take long fragments of well written text if we want to describe them with words.

Whenever specific words are absolutely necessary, it is better to add a voiceover or a dialogue. If it simply must be this way and you have to use a written word, it should be in the simplest language possible.

Written text on an animated screen is very tiring for the audience, as it requires staying really focused.