We compare PWA to native apps

Everyone has their own opinion on the continuously topical question: will Progressive Web Apps displace native apps entirely? The question is so interesting due to the fact, that the two technologies are very similar, and also one of them seems to have more possibilities and a growing number of followers. 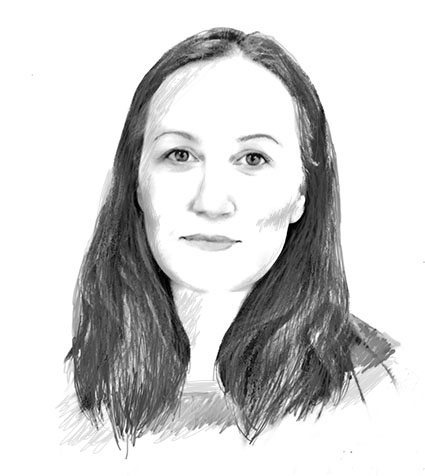 A stoic who keeps her calm even in most stressful situations. Starts off the day at work sour-faced… drinking water with juice from one whole lemon. Then she's all sugar and spice – layouts, articles, posters, campaigns, even invoices! All full of nostalgy and poetry, because she's a real expert on rhyming, puns, ditties and songs.

The competition between PWA and native applications is slightly uneven, because they are two different technologies. Even if we try to explain in simple terms that PWA is a technology that adjusts to all devices and works with all operating systems, while native apps – in order to give the same effect – must be created twice: separately for each system (iOS and Android), it becomes clear the absolute winner is PWA. But we all know the devil is in the detail…

What are we talking about?

PWA are progressive internet apps, or websites with additional functions, which make them look and work the same on various systems and various screens – systems treat them as native system applications. The user is unable to tell the difference (it is technically a web application). The website you are now using is a PWA. You can add contentic.io to your desktop. We highly recommend it☺

A native app, on the other hand, is created for a specific platform, that is for iOS (in Swift or Objective-C) or Android (Java). What’s important and different from PWA, is that a native app can fully communicate with the device on which it’s going to be opened.

PWA and native apps are comparable, because PWA was designed as a “native like experience”, which means it should work like a native application. And so we can investigate their usability, speed, opening time, offline mode and several other functions.

Marriage of convenience: Apple and PWA

Before we get to a detailed comparison, it is worth explaining the controversies around PWA and Apple. This turbulent story is slowly getting closer to a happy ending.

As PWA started to draw companies’ attention and was celebrating its first successes, Apple saw it as problematic for the simple reason that with the fast development of PWA, App Store wouldn’t have any reason to exist. Initially, PWA worked on iOS in such a way that many solutions on the websites were available, but the maximum capabilities of PWA were not available (e.g. no implementation of Service Worker API in Safari browser or no Web App Manifest files). PWA has had some fat years and is still on top. Under such circumstances, Apple had to be reasonable. First, they pulled in their horns by making more functions available, and currently we can see a growth in aggressive removal from iOS App Store apps which were built with the use of commercialized iOS application templates. Apple is also cleaning App Store from applications thought to be copies, clones, false, abandoned or incompatible with 64 bits. Experts believe this step means that Apple has begun to promote PWA technology creation and is following its expanding concept. There are also experts who claim that Apple has never been against PWA…

Apart from many advantages, which make PWA an outright winner, we must not forget that with the rankings and comments on AppStore and Google Play, native apps are a proof of application quality for potential users. Being available on AppStore means the product had to meet a number of specific conditions. With the security they provide, this means a lot for sectors such as banking or finances.

So if a project has to use more advanced smartphone functions, it is still advisable to invest in native apps… Which does not mean, obviously, that you can’t implement PWA and have both technologies simultaneously.