“The comeback of the storytelling is clearly visible. As if creative directors of the largest agencies started to remember that advertising is more than image, that it should be a tale, and an interesting one,” says Albert Hupa, President of IRCenter, about this year's Super Bowl commercials. 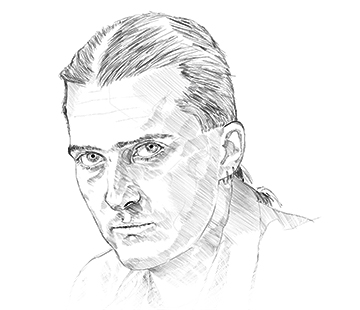 Mophie. Following the broadcast of its commercial during the Super Bowl final, the brand of phone batteries and energy banks previously unknown to wider audience becomes one of the most frequently searched words on the Internet. What’s special about that commercial?
ALBERT HUPA: First of all, it’s really good. Perfectly performed when it comes to graphic creation, with a fantastic idea relating to a disaster theme, recently rarely found in campaigns. At Super Bowl finals it’s large brands that are most visible and it’s their adverts that are best remembered. In the previous years among those who stood out was Toyota, we also saw some good commercials from Volkswagen, Snickers and Procter&Gamble. This year belongs to Mophie. I believe Mophie’s success is partly due to luck. They’re lucky to have a very talented creative director.

So this was a one-time big shot. What does Mophie need to do to remain on top?
A.H.: From the purely marketing point of view: they managed to get quite a good reach, now they need to arouse interest, in line with the principle “get people to talk about your brand”. In case of Mophie, they should create as many touchpoints on the Internet as possible, relating to the story told or to the product itself. It would be worth dwelling on the subject of God, disasters and problems that can happen due to a discharged phone. Shortly speaking: they need to go straight to the social media. Start with putting the advert on public servers, such as YouTube, pump up the interest on Facebook making use of the users connected with advertising agencies or simply buying likes.

There’s no doubt the idea was great. But another success comes from a commercial based on such a worn out subject as sex. I mean here the burgers presented by supermodel Charlotte McKinney. Did you like that commercial?
A.H.: From the technical point of view I did, because it used the basic tools correctly. Sex is something that always has, does and will be selling. What’s very interesting in the context of similar spots is the influence of various moves in the advertising sector that bring down advertising to showing natural feminine beauty. This is the idea behind Dove commercials, for instance, which puts focus on presenting natural women’ shapes in its campaigns. At the other extreme there’s the producer of Victoria’s Secret lingerie criticized for promoting unnaturally skinny models. But despite the efforts of both these groups, advertising continues to promote the canon of aspiring feminine beauty. Like in that sex-dripping commercial with Charlotte McKinney. That’s because advertising has to make a promise, and a promise is always aspiring to something.

What are other trends in the latest campaigns?
A.H.: The comeback of the storytelling is clearly visible. As if creative directors of the largest agencies started to remember that advertising is more than image, that it should be a tale, and an interesting one (average length of a Super Bowl spot increases each year, in 2013 it was 89 seconds – Ed.). However, watching the latest debuting Super Bowl spots I had the impression there is some strange stagnation in the sector. There were very few commercials telling a truly interesting story. Maybe it’s because there lacked great narrators at the very first stage of creation – strategists who are able to draw up the ecosystem of a brand.

What’s going to happen with those commercials? Are they doomed to die on the Internet after a while or could they be a starting point for wider marketing actions?
A.H.: I believe most of them are one-offs whose only task is to present creation. I watched Super Bowl spots from 2014 and 2013 for a comparison. There were some really great commercials there. The problem is, they weren’t followed by any campaigns. Presenting a brand at the Super Bowl doesn’t give you anything by itself. If it’s not followed by a strong and integrated campaign, the commercial will be dead after a month – both on the Internet and in the audience awareness.

… Particularly when it doesn’t contain any Call to Action – adds Joe Pulizzi relating to the annual Super Bowl summary by Jeff Rohrs of Salesfore.com. It turns out more than half of the advertisers failed to propose any form of action in their spots. Despite the fact on Sunday the social media were buzzing with comments from mobile devices, advertisers somehow failed to notice that users are holding smartphones in their hands and… were displaying phone numbers instead of mobile apps. Jeff Rohrs hammers such a thoughtless marketing attitude:

Super Bowl commercials do not work hard enough for brands paying so much for them. These spots need to be more than “a brand”. They need to engage the user when he’s holding a mobile device. If you’re ready to pay USD 4,5 million for a 30-second spot and you’re not making the effort to create engagement, you’re wasting your money and your opportunity to win a consumer that’s online.