All writers are equal?

Corporate journalist and SEO copywriter – for both of them the word is the basic tool at work, they both write on order, they both create stories. Seemingly, their job is almost identical. But is it indeed? 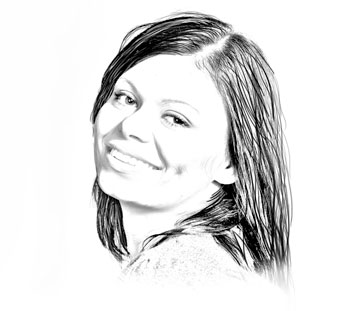 I decided to write about how much of a copywriter there is in a journalist and vice versa after reading a text comparing articles in company internal magazines and online advice columns. (link) Among the opinions and comments by people who are directly interested in the topic (i.e. contributors themselves), the problem which was often arising was to separate the competences of a press/Web journalist and a copywriter. The boundaries between their tasks have been blurred to the extent where there are doubts whether these two can be treated as synonyms and whether one group can perform the tasks of the other. I wanted to take a closer look at the problem, at the same time not moving too far away from my own field, so I decided to examine the differences between a corporate journalist and a SEO copywriter.

Even though the term Corporate Journalism has been well set in the USA, here in Poland it still evokes some extremely opposite opinions.

When it comes to journalists, the Polish press law specifies that they are obliged to: “respect the truth, treat information as the right and wealth of all citizens, and to follow the principle of objectivity, which means the author of the message is to present reality regardless of his or her own views.” In the case of a corporate journalist the role of citizens can be played by employees, but the notion of objectivity is slightly controversial here. How could a corporate journalist employed by a company show his employer in a negative light? If he can’t – where’s the objectivity? Therefore, how can we call that person a journalist? The fact is, journalists writing for traditional press also do not have the habit of writing disapprovingly about their employer. The conclusion seems obvious: you don’t bite the hand that feeds you – both in traditional and corporate journalism.

Does this mean a corporate journalist doesn’t have to be precise, clear, dedicated, to choose words carefully and to treat information as the right and wealth of all employees? Not at all. It is his mission to create quality content using sound journalistic skills, not worse than those of a traditional journalist.

A few years back when someone in Poland asked you about what you do and you said you’re a copywriter, the person would often ask: What’s that? Today, the word has been accepted in Polish for good and for most people it does not sound strange anymore. What is the definition? The dictionary of Polish defines it shortly: “a person preparing texts for advertising and broadcast messages.” But in practice the term is more comprehensive. A copywriter creates slogans and scripts for press ads, TV and radio commercials, texts for promotional materials (e.g. billboards, handouts, catalogues, newsletters), while in electronic media the person is most importantly responsible for providing content for websites (mostly advice columns) and blogs, using SEO activities. This job is all about creativity.

When a company wants to reach its customers via Internet, there comes a SEO copywriter, who is a like a hero saving the content and giving it a light, attractive form that will keep the reader interested. To keep the readers’ attention, a copywriter must understand their point of view and way of thinking and use some manipulative skills.

What connects and what separates them?

SEO copywriters and corporate journalists – two opposite camps defending the entry to their environment. The thinking pattern is obvious: “The more people do what I do, the less work for me.” (And consequently – less money to earn). Therefore, ech group tries to emphasize their own unique qualities that the other group doesn’t have, thus excluding the possibility of one of the groups performing the tasks of the other. Copywriters’ main arguement is that in addition to writing skills they also posses sales skills, including manipulative, which they believe regular journalists lack, and what allows companies to grow and earn more. Traditional journalists, on the other hand, claim that copywriters are not as good as they are at drawing the most important facts for the reader and building a coherent story out of them, which means they can harm the message. Who is right? Are all journalists creative and able to sell? Is every copywriter trained to write in the language of selling value able to get rid of it and to inform employees honestly about difficult or uncomfortable matters?

In both cases the answer is: surely not all of them. But “not all” doesn’t mean “ none.” We shoudn’t generalize. We live in the times when multitasking is popular and there are people, who are great at combining various tasks. We can’t decide that when someone is good at one thing he or she must be bad at something else. In such cases much depends on the person’s individual skills and predispositions. A great example here is Robert Lewandowski, not only an effective footballer but also… a successful businessman. His investments in start-ups allowed him to earn over 500%.

One thing is certain: not all writers are equal and not everyone is able to write about everything. It is entrepreneurs’ frequent mistake that they think all people who can write have exactly the same skills, despite the fact that these skills can differ considerably. A company that wants its publication to be effective must pay attention to what it orders to whom. Last but not least, it must see itself as a content producer, and not an advertiser – whether addressing employees or customers. 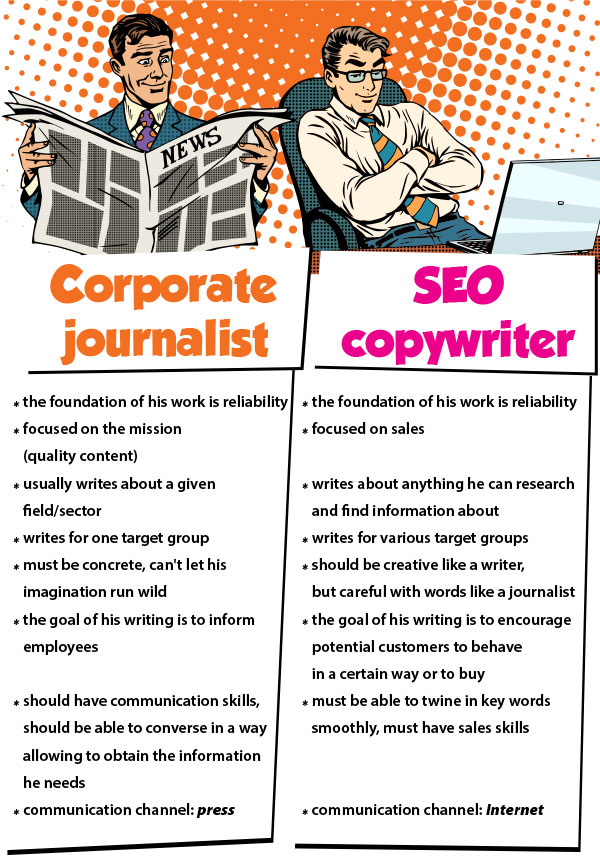